We seek respite from the unsustainable pace of change by retreating energetically. The Moon’s shift into nurturing Cancer prompts us to take care of ourselves and those we love. The Sun’s expressive trine to Chiron the Healer reminds us that forgiveness, like love, begins at home. Meanwhile, an uncomfortable connection from the willful Sun to spiritual Neptune challenges us to find the sweet spot between self-interest and altruism.

You can improve the dynamics of a stressful relationship today by consciously going out of your way to reflect on what you hear. Instead of only half-listening because you’re crafting your next snappy comeback, take in each word fully. There’s no need to drive your point home or prove the other person wrong. Being present without judgment changes the nature of your interactions. You can begin a real conversation after you step outside of your emotions and step into someone else’s shoes. Novelist Mohsin Hamid wrote, “Empathy is about finding echoes of another person in yourself.”

There are unfinished personal matters that require your intervention today. In fact, if you wait too long, it will be too late to actually make a difference. You might be holding a grudge from a previous interaction, yet your insistence on clinging to the past isn’t helpful for anyone. Luckily, talking about your feelings can lead to a breakthrough while a healing Sun-Chiron alignment soothes your 3rd House of Communication. Life improves when you let go of yesterday’s negativity and focus on the hopes of tomorrow.

You might sound as if you know what you want today, but you’re probably more confused than anyone realizes. Nevertheless, you think that admitting your uncertainty would be a blatant sign of weakness. However, this is a rare opportunity to let down your guard; someone you respect will surprise you with support rather than criticism now. Acknowledging that you’re an imperfect human allows others to do the same without embarrassment. Buddha taught, “To understand everything is to forgive everything.”

Sometimes you want to take emotionally wounded people under your wings and protect them from the cruelty of the world. However, the Moon’s return to your sensitive sign may be problematic if you want to play the role of a nurturing mother hen to everyone. You can set yourself up for a fall if you forget the importance of creating healthy boundaries. It’s one thing to care for the wellbeing of others; it’s something entirely different when you sacrifice your needs to make someone else happy. Kindness is admirable, martyrdom is not.

You might feel like one part of your life is coming to an end, but the truth is that a fresh cycle is about to be launched. Although you’re standing on the precipice of an unborn adventure, there are still loose ends that must be tied up before you can proceed. There’s no time to waste, for the radiant Sun shifts into your vibrant sign tomorrow, initiating the next chapter. Meister Eckhart wrote, “And suddenly you just know… It’s time to start something new and trust the magic of beginnings.”

Your network of friends and associates may be the source of concern today, yet it also holds the potential for deep healing. You might feel as if you’re not fully understood by others or that you’re on the periphery of a group rather than being an integral part of it. However, your feelings of isolation probably originate within you and not from anyone else. Consider those fears or insecurities you haven’t shared with your peers and what would happen if you take a chance and reveal another layer of your being. Shakespeare wrote, “No legacy is so rich as honesty.”

You want to be the hero who saves the day but, oddly enough, you don’t want the spotlight shining on you. You enjoy working your magic as part of a larger group today, preferring back stage to center stage. Nevertheless, you’ll likely receive accolades for your contribution in the days ahead. There’s no reason to maneuver toward recognition, but don’t avoid it when it comes to you. Confucius said, “Respect yourself and others will respect you.”

Your passions are often so profound that they make even you slightly uncomfortable. Your emotions are powerful today but, fortunately, they are singing in harmony with your current relationships. You are solidly standing at the center of your own heart and exude a clarity that puts people at ease, whether or not they’re usually willing to relinquish control to their feelings. Your steadiness is a lesson for everyone now, even if it requires a leap of faith on your part.

You are in a familiar place and see a boundless horizon that’s calling for your participation. You’re eager to turn the blank slate of tomorrow into a big adventure, but you’re not quite ready to leave your current situation in hopes of creating a new one. Instead of blindly running forward, stand with one foot in the past and one in the future. Contemplating your present position enables you to clearly see what needs to be completed before you’re free to begin your next journey. Ella Fitzgerald said, “It isn’t where you came from, it’s where you’re going that counts.”

People close to you seem needy today, and their clinginess grates on your nerves. You want to do something to fix the awkwardness, but don’t have a simple solution in mind. You might even retreat into your own world now to avoid any emotional vulnerability. Nevertheless, you can change the rules of the game by leaning into your resistance rather than denying it. Mythologist Joseph Campbell wrote, “The cave you fear to enter holds the treasures you seek.”

You have a job to do today and fully intend to finish it before the weekend. However, you’re aware of the shrinking time constraints and may be worried that you will fall short of your goal. Fortunately, you have the willpower to eliminate activities that don’t directly contribute to the task at hand. You might even unintentionally brush others off while you concentrate on your work. You are a force to be reckoned with when you’re on a mission. Dr. Hans Selye wrote, “Adopting the right attitude can convert a negative stress into a positive one.”

Your heightened sensitivity enables you to tune into the unfulfilled needs of your friends and associates. Although your ability to empathize is truly a precious gift, it can be exhausting to manage at times. You’re like a psychic sponge now, and it’s challenging to separate your stuff from the external noise. You could be so sidetracked with everyone else’s stories that you lose touch with your own. Author Nancy Levin wrote, “Each time you set a healthy boundary, you say yes to more freedom.” 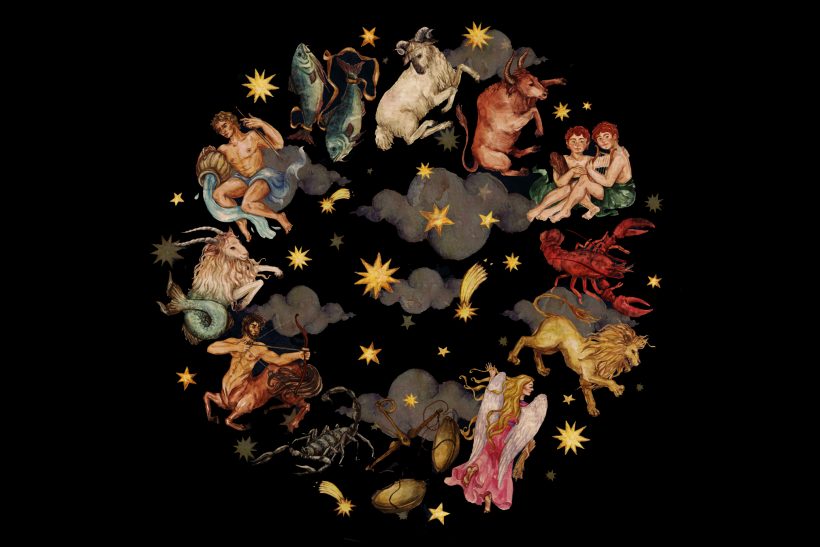