Let’s get the hell out of here together

A genuine moment, one where you get to see the real me and I get to see the real you, without schedules and deadlines hovering over our heads, without being anxious and preoccupied, without appointments to attend and alarm clocks screeching in the morning, waking us far too early from the little time we spent together. The little preciously meaningful time we get, now and again, because, (as if I can hear your voice in my mind) “We have to get to sleep. I’ve got an early meeting and you’re due in the office for a video conference overseas.” We seem to spend more time simply sleeping side by side –albeit in each other’s arms– than actually talking. And it’s been like this from day one.

Work, responsibilities, keeping up with the fast track, climbing that ladder, making something of ourselves, for ourselves. So we can lay back, comfortably, in the future. A future that we can barely see clearly, that grows blurrier and blurrier with each passing day. We chose it, and among it all, we stumbled into one another on the way. And in that chaos, we also chose each other.

Just so, just barely and just enough. A moment of hesitation, a sigh, and off we go. The thought crosses your mind too. And we’re not living this the way it deserves. The way we deserve to live it. Aren’t you fed up with it?

If I fell in love with you in this chaotic shit-hole, where I can’t even concentrate to think of you most of the time, I can only imagine how much more I’ll fall for you far away from here and everything that’s chasing us and keeping us away from eachother. And I know that you’ll love me more when you have time to breathe and really look at me instead of that damn watch on your wrist and that phone that won’t shut up for more than half an hour. If we can feel on a schedule, imagine how we could be if we were free of it.

Let’s get the hell out of here together. Just for a while, a few days, even just the weekend. Let’s be spontaneous, irresponsible and carefree.

Let’s go, get in your car, hit the highway and just let it take us where it may. Just you, me, music and the road.

I promise, I’ll only take a small bag with me. I’ll gladly wing it as far as a wardrobe goes. No heels and make up for me, no pressed shirts and tight suit jackets for you. No watches for either of us. We won’t have some pressing meeting to attend, nor will we be on a deadline. We won’t care what time it is, or even what day. The sun will do just fine for all that. Let’s spend a few days telling time by that for a change instead of by all the things we need to get done before we go to bed. And it won’t matter what time we go to bed because it won’t matter what time we get up either.

I’ll order too much food, eat until I can barely breathe, and you can have the rest. I promise I won’t order salads; I know that deep down you hate them. Besides, you know how much I like to eat with my fingers even though it’s the farthest thing from a lady-like behavior. Plus you chew like a horse when you eat greenery and I won’t hold back from mocking you.

We’ll sleep when we’re tired, eat when we’re hungry, and make love time after time in between.

You’ll get to see me dance barefoot, in my underwear and your t-shirt, around a cheap motel, to songs we’d never listen to in any other case. I promise I’ll sing that song in Italian that you have no idea I love, at the top of my lungs, my voice as off-tune as I can, if you promise to laugh at me. If you promise to laugh with me.

I’ll bring my drawing pencils with (if I can only find them; I haven’t sketched in over a year) and you can bring your camera. I’ll draw and hum and you can take pictures. And when we get bored, we’ll just do something else. We’ll spend the day roaming and the night drinking too much; together. You only really know someone once you’ve gotten drunk together. So let’s be drunk and in love, without a single care in the world. As if there is no tomorrow, or as if we don’t know how long this bliss will last. Oblivious of the real world like teenagers the summer before college. How does that sound?

I’ll love just you, and the way you look with those sunglasses on and you’ll love me back, the way I bother your hair at the base of your neck while you drive. You’ll love the way I smile; that genuine one that gives me way too many wrinkles around the eyes and mouth.

A beeping horn, on a busy city street, makes that smile fade. I’m snapped back to reality –our dull reality– with a bang that leaves my head spinning. My feet hurt from the heels and the running about. I’ll see you in an hour — we have a dinner date. And then, to bed by 11:00, because you have to be in the office early tomorrow morning.

Just before we close our eyes though, I’ll tell you all about the drive along the coastline with the windows down and my hair in braids. I’ll explain to you how your voice sounds when you try to sing country with a southern accent. Or how I got my t-shirt full of ketchup while stuffing my mouth with a handful of your fries when you were ordering your third beer. And you can laugh at my daydream before you fall asleep.

So long as you promise that we’ll get the hell out of here; together. 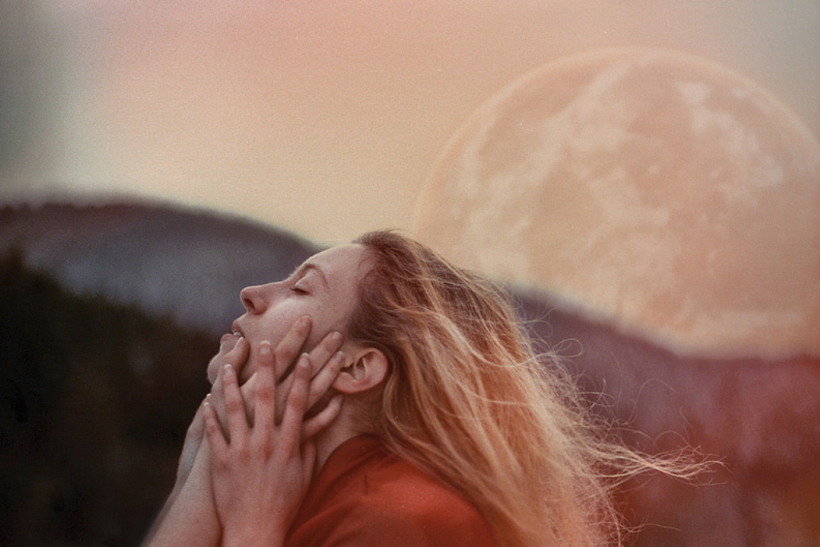 To the one who doesn't believe in love