Love me when I’m gone

There is a pretty good chance you’ve miscalculated this again. You got it all wrong. It is neither the right day nor the right time.

The continuous sound of the clockwork, in the distance, juxtaposes the static thought in your mind of how different lives would be if we lived on a countdown clock instead of a calendar. Everything would be measured in moments.  They would create a highlighted nexus of life shots, overlapping around our bodies and thus time would accomplish its self-fulfilling prophecy of being irrelevant.

But none of you can live up to the standards. You cannot help each other.

Time cannot be on your side and you cannot embrace it. Its elaborate plans of an ambush to persuade you that it is running in your favor, are only vivid reminiscents of how poorly you perform your role of waiting. You were never intended to fill it, anyway. You want to deviate from the trail and dive into the hole of endless possibilities and hypothesize like so many others out there that you can reach this one and only presence.

The omnipresent love you wish for – in human form. The one you confused with the one you have. You dare to chuckle at the fuss you’ve caused to yourself. Was it all for nothing? Did I ask too much? Was everything a lie? And the thoughts bouncing around the walls fade out when you remember the start.

When your pulses quickened and your chests swelled with the desire to kiss, to explore each other’s body over and over on the moisture your movements were leaving on the sheets. When you felt luckier than the character of a book, giving noble poignant death to the insecurities that have been disempowering you for a long time before. When you thought you’ve reached that a higher state of consciousness arousing from the universe which manifested along with you disregarding the peril of commitments. When you dared to dream together despite the ominous hints of malfunctioning.

Dreams make no mistakes; people do.

As you can’t help but wonder, you feel like you want to break down and cry. Hide in your safe place of romantic book and film notions which are knitted under the fabric of who you are. Who we are. You feel weak and in a stupor, being unable to tell the difference between reality and imagination, what you really are living and what you wishfully hoped to live.

Eventually, you do break down in broad daylight, watching the birds dipping their wings in the lucid flow of air, outside the window. Funny how you always thought people only cry in the dark, which protects them from being seen, from being exposed.

Strongly averted from this image of yourself being down on your knees over an absence, you try to regain your course of thinking with one more effort to understand the absence. Why are you alone and waiting again? You reach for the phone and call. The vocal, pragmatic part which remains unanswered until the night comes.

You curl up in bed, when you suddenly feel two arms surrounding you, making you feel the heat, the warmth of the sun in your flesh which in your case is the light of the room turned on to the words: “I’m home”. You turn around to meet the rest of the body you want to be one with and in his eyes you see yourself and he sees his own in yours. Right there and then you’ve reached that turning point where everything makes sense. What sets apart what you live, what keeps it all there and what stirs it up. In the silence of staring into each other’s eyes, you perform your last act of valor – which is to understand.

He is absent because his presence defaults too readily to the prelude of what is yet to come from the power of love. He is not ready to bear the burden of his own expectations, to anticipate his feelings. Because he does feel. Make no mistake of that. Do not fool yourself over his emptiness just to invent excuses for what points at you, with the steady hand of a killer and, eventually shoots you, with no mercy.

He is full but not complete. He doesn’t know how to close the gap. He is Icarus who smashes his head on the ground believing he can fly, only because he carries the wings but fails to use them correctly. So he doesn’t make it to the clouds, he doesn’t cross the skies, he doesn’t touch light streams.

He never lied to you that he could. Absence is sincere. You lied to yourself.

So, this coat of emotions, no matter how profound, becomes a scared and injured reminder of what he wishes to be. And he will. As you will be too.

Through the lens of your own self, you will realise that this is something not taught or explained, something not put in simple terms or contained in the concept of time or love. It simply is. And if someone ever tried to illustrate it in an image, that would be the one of being ready. Ready to stand up to the enemy that lies inside you, without seeking solace to the ignorance of your potentials. Ready to be present to your life calling you to seize it. Ready to follow your inner call which shouts to get involved.

So, yes, he is full, he wants to establish a reality that will soothe your insecurities and fears; but he is not ready. Now you know it. This power of knowledge will save you from the slippery slope of self-pity and vengeance and allow you to walk away in the same heavenly prospect you arrived.

There is more extraordinary love, more love that you have never seen, out there in this wide, wild, fluid universe. And there is love that will be ready. Be absolutely sure you deserve it. As he deserves to find his own path, to outstep his mark, to be more and mature by securing every step under his boots. To raise the fearful child inside him, turn into an adult, who acts despite fear.

For what is worth, you grow up with damage, not years. Be able to learn the hard way that we are what we do not what we say that we will do. So pick carefully what drives your actions.  Until then stop waiting, anticipating, calculating, falling apart and leaving – stop everything and start being brave enough to stay. Stay to live the love. You’ve made it to here.

Courage lies within you already, you can do this, but you have to see it on your own. So, start now. Sometimes tomorrow never comes and second chances wither to the promise of it.

Wither to the fear of it. So, start now with all you’ve got, with all that’s left of guts in you. It will replenish again and again along the way. Because love needs all of your courage, after all. The leftover, the old, the new, every single drop of it. 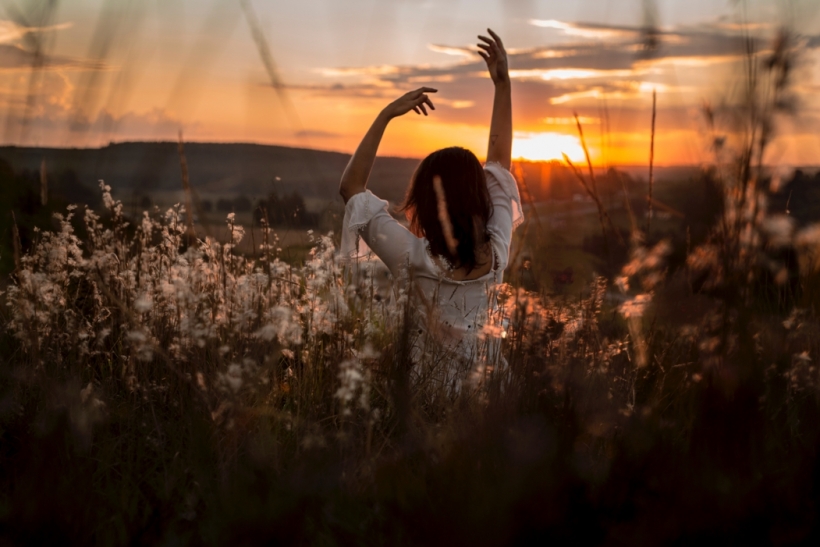 Some kind of heaven