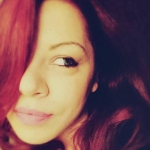 I studied journalism, but I frequently wandered into the paths of video editing, photography and creative writing. In 2008, I made a short stint on TV, as a member of the editors’ team of X-Factor Greece for the local TV network Antenna (Ant1 TV). In 2009, I developed with a bunch of friends the first Greek online interview talk show, One Night Chat, shot strictly in external locations at night time. It ran for 20 episodes before its hiatus but we’ll soon return with more. In 2013, I experimented with directing short films and music videos, writing for online portals, and spinning a few jazz, swing and ethnic tunes behind DJ decks around bars in Athens. In 2014, I met Kostas Ksilas and we embarked on negotiations on love. He talked me into putting them into words. And that’s how Pillowfights was born. 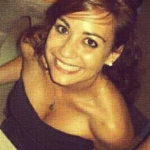 Born and raised in Chicago by Greek parents, I returned to Greece as a teenager to fall in love with the beauty and lifestyle of the country. Amateur psychologist by chance because people simply open up to me. Officially, I am an English Teacher. Addicted to coffee, art, writing and anything that broadens the mind. Creature of habit. People watcher. A master at playing ‘the devil’s advocate’. You hardly ever get a word out of me, but my writing speaks volumes.